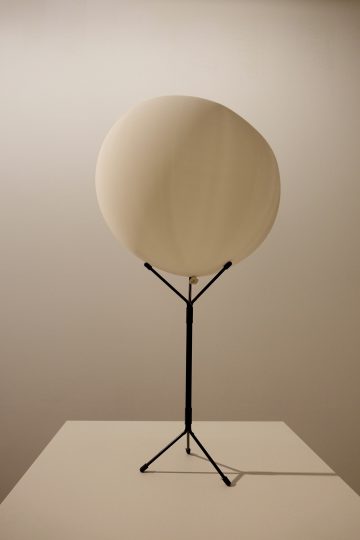 Corpo d’Aria by Piero Manzoni. In 1960 Piero Manzoni produced a number of multiples to humorously challenge the nature of an art object. The idea was that the balloon would be blown up by it’s owner by which his/her breath was elevated to the status of artwork. For a higher price the artist would inflate the balloon himself. To be seen at the exhibition ZERO: Let Us Explore the Stars, until November 8, 2015 at Stedelijk Museum, Amsterdam.